Welcome to the home of Producer Donna Smith

Donna Smith began her career as Production Coordinator on RAGING BULL and quickly rose through the ranks, serving as Production Manager, Line Producer and Producer on notable projects that included THE TERMINATOR. Smith was tapped by Universal Pictures to serve as President of Physical Production and Post Production; becoming the first woman to serve in that role for a major Hollywood studio.

During Smith’s seven-year tenure at Universal, more than 120 titles were released under her leadership including; Academy Award Winner, SCHINDLER’S LIST, JURASSIC PARK, BACK TO THE FUTURE, BABE, CASINO, TWELVE MONKEYS, TWISTER, WATERWORLD, etc. 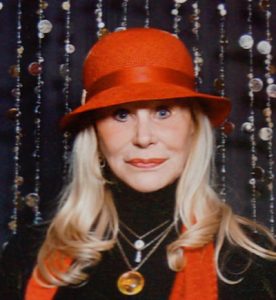 “The glass ceiling exists in all industries, but as the first woman in “Hollywood” to be in charge of physical production for a major studio, I’m pleased to report that supervising millions of dollars, juggling egos, learning the meaning of gender and running the daily operation of movie-making, can be handled by a woman — and I’m having a ball!”